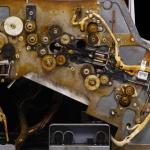 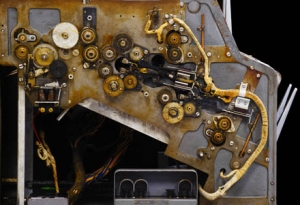 The Social Security Administration, established by President Franklin D. Roosevelt during the Depression, created a huge demand for punched card data processing machines, so that the earning history of every worker could be recorded and used to compute benefits. The collator compared two groups of punched cards and merged them into correct numerical or alphabetical order. The machine could also be used to extract cards from one set that were matched by cards in the other.