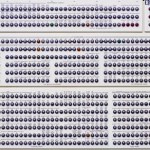 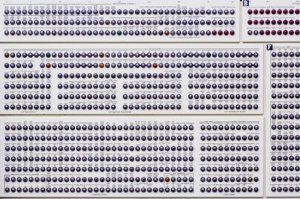 In April 1964, IBM announced the System/360. Its new line of unified, compatible computers, the largest of the machines was 40 times faster than the smallest. The line was highly successful and the 360 architecture dominated the mainframe computer industry for 25 years.

The entry-level Model 30 shown here was first shipped in June 1965.