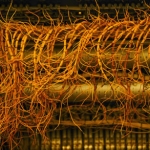 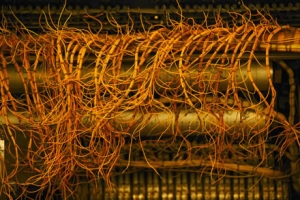 The IBM Model 7030 was one of the world’s first supercomputers. Originally conceived as an internal development project to improve, or “stretch,” IBM’s computer skills, the first Stretch was delivered to the Los Alamos National Laboratory to aid in the design of nuclear weapons. Only three of the subunits are shown here; a complete Stretch occupied about 2,500 square feet.

Stretch did not meet its “100 times the IBM 704” performance objectives, and was initially viewed as a failure by IBM. Nine were built and then no more orders were accepted. Stretch incorporated a dazzling array of technical breakthroughs and was the fastest computer in the world for several years. It is now viewed as a critical milestone in IBM history.