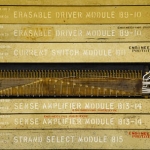 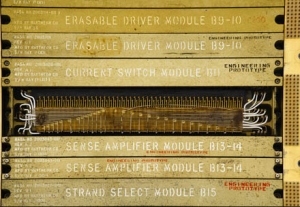 Developed by the MIT Instrumentation Laboratory under the direction of Eldon Hall, and manufactured by Raytheon, this is an engineering prototype of the computer that guided the Apollo Spacecraft Command Module (CM) from Earth orbit to the Moon and the CMs return to Earth surface. It also guided the Lunar Module (LM) from lunar orbit through its descent to the moons surface and return to rendezvous with the CM in lunar orbit. During the critical landing procedure, it accepted manual steering commands from the astronauts to make a safe landing.