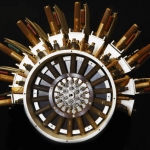 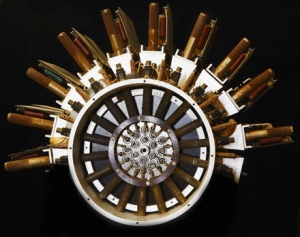 Mercury delay lines served as the main memory units for many early computers. Sound waves were sent through a tube of mercury, detected, and returned through the tube. A tube one meter long could contain about 1,000 pulses (bits) and took one millisecond to re-circulate these signals.

A memory tank for the UNIVAC I had 18 tubes, each holding ten 12-character words that could be accessed in approximately 222 microseconds. With ten tanks per computer, the total memory in modern units was about 20,000 bytes.