Jane Goodall Talks About What Gives Her the Most Hope and More! 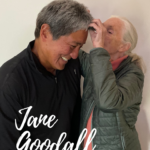 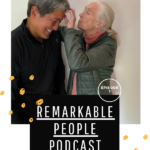 Jane Goodall shares remarkable lessons from her life abroad and talks about current issues such as climate change and her hope for the future.

Question: What animal would you like to be in your next life?

The Voyages of Dr. Doolittle by Hugo Lofting

Tarzan of the Apes by Edgar Rice Burroughs