Martha Stewart: Lessons from Martha on Perfection and Life 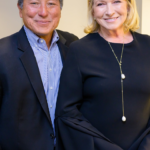 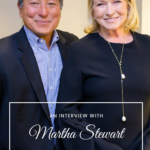 Martha Stewart created a personal brand long before anyone with a phone and Instagram account could do it. Everyone who uses social media for branding and promotion can learn from her. Martha is a household name and the original “influencer.”

Martha Stewart is the original “influencer.” She created a personal brand long before anyone with a phone and Instagram account could do it.

Stewart’s brand was not based on pre-existing stardom in television, movies, music, or sports. She built her brand on the quality of her catering, cooking, and entertaining.
Everyone who uses social media for branding and promotion can learn from her—and is indebted to her.

To use an athletic analogy, she is the Roger Bannister of social media. Bannister is the first person who ran a mile in less than four minutes—a record that experts thought was unbreakable.

After Bannister, more than a thousand other people have run a sub four minute mile. Once Bannister did it, other runners knew they could do it too. The same phenomenon is true with Martha Stewart: once she built a brand with her mad skills, others knew they could it too.

In the spirit of Roger Bannister, this is a sub-four-minute interview to show you how much can be accomplished in such a short time if you’re a Martha Stewart.

Question: If you could master one of Martha’s mad skills, what would it be?

Question: If you could master one of Martha's mad skills, what would it be? #remarkablepeople Click To Tweet

Other topics of interest

Martha Stewart’s Organizing: The Manual for Bringing Order to Your Life, Home & Routines

Martha Stewart: Lessons from Martha on Perfection and Life

Guy Kawasaki: Martha Stewart is the original influencer. She created a personal brand long before anyone with a phone and Instagram account could do it. Stewart’s brand was not based on preexisting stardom in television, movies, music, or sports. She built her brand on the quality of her catering, cooking, and entertaining. Everyone who uses social media for branding and promotion can learn from her and is indebted to her.

Guy Kawasaki: To use an athletic analogy, she is the Roger Banister of social media. Banister is the first person who ran a mile in less than four minutes, a record that experts thought was insurmountable. After Banister, more than a thousand other people have run a sub-four-minute mile. Once Banister did it, other runners knew they could do it, too.

Guy Kawasaki: The same phenomenon is true with Martha Stewart. She inspired hundreds of people to build a brand with mad skills and hard work. In the spirit of Roger Banister, this is the sub-four-minute interview. I want to show you how much can be accomplished in such a short time if you’re a Martha Stewart. We cover four topics: switching careers, pursuing perfection, judging others, and leaving a legacy.

Guy Kawasaki: What did it take to make the transition from stockbroker to a media mogul?

Martha Stewart: Well, it took reduced commissions. Commissions started to be negotiated, and I thought, “Oh, you know what? I’m going to try something new.” I was making a lot of money as a stockbroker, but I really wanted to raise my daughter. I had a child by then. I wanted to decorate my new home, an old farmhouse in Connecticut, and I wanted to just branch out. That’s exactly what I did. Just, I started my own business, a catering business, which led to the writing of books, which led to the creation of the Martha Stewart Living Omni Media company.

Guy Kawasaki: What skills did it take? I understand why you did it, but did you have to make a total transactional relationship as a stockbroker, and now, it’s a very different world.

Guy Kawasaki: My impression of you is that you’re a perfectionist. I have this question that, do you think your perfectionism caused success or did your success cause perfectionism?

Martha Stewart: One of my first television programs, my very smart nephew, pointed out that I said, “Perfectly perfect,” 22 times. That made me think, “Uh-oh, I better stop talking like that because people are going to start making more fun of me than they have already. Actually, I really feel that if you’re going to be a teacher, you should try to do whatever you’re doing as perfectly as possible.

Martha Stewart: You cannot teach a math equation and have an imperfection in it, if possible. You cannot teach a chemistry formula and have something go wrong. That’s not good. You can’t make a recipe that’s half good, or will only work up to a point. It has to be perfect, so I think it started with perfectionism and ended with success.

Guy Kawasaki: If you were to tell me, to put three names together, Snoop, Martha Stewart, and Justin Bieber, I would have told you, “Impossible. That’s an impossible, no overlap, Venn diagram.” Yet, it obviously happened. What have you learned from Snoop?

Martha Stewart: Oh, I’ve learned a lot from Snoop. I’ve learned a lot about growing up in a totally different environment than I grew up in, in a little town in Nutley, New Jersey, where everybody cares about your education, cares about what you do every single day, and the life that those children led at the time of Snoop’s growing up in Compton, California. I did meet his mother, and I must say, her values were pretty much the same as my mother’s values, so we’re not so different. People in America are not so different from one another. It’s environmental, and I think that our desires are to learn, to be good, to create, and that’s what I think we learn from each other.

Guy Kawasaki: What comes to mind when you think about what you want your legacy to be?

Martha Stewart: Well, I’m the daughter of two teachers, and I think my business has really been teaching, through the pages of our magazines, through our television programming, through whatever we do in terms of product development. I think I teach people how to live better. I think my legacy will be as one of a group of people who really did a lot of good things.

Guy Kawasaki: There you have it, in less than four minutes, the dynamics of switching careers, how pursuing perfection leads to success, the zen of judging people, and why leaving a legacy of teaching is a fine goal for us all. I promised that you’d learn how to shell garlic in this episode, but couldn’t fit it into the interview, and meet Roger Banister’s record, so I’ll tell you the fool-proof, time-tested, Martha Stewart way to perfectly shelled garlic cloves.

Guy Kawasaki: Put them in a bowl, and hold a plate over the bowl, or use a sealable plastic container, and shake as hard as you can for 30 to 45 seconds. Voila, perfect cloves.

Guy Kawasaki: I’m Guy Kawasaki, and this is remarkable people. My thanks to my perfect producer, Jeff Sieh, and my perfect promoter, Peg Fitzpatrick. Mahalo to the people at the Elevate Conference in Toronto, for helping me gain access to Martha Stewart. Next week’s episode features Mr. Influence, social psychologist, Bob Cialdini. If you ever have to change people’s minds, you cannot miss it.

Guy Kawasaki: This is Remarkable People.