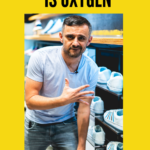 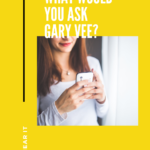 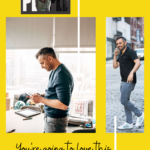 He is an entrepreneur, social media influencer, speaker, author, and investor. He started in his father’s liquor-store business, but his goal is worldwide domination–and buying the New York Jets.

His current focus is Vaynermedia, a digital ad agency with large brands such as Pepsi and General Electric as clients.

If you’re interested in social media, entrepreneurship, communication, and kicking butt, this is the episode of Remarkable People for you.

I know you’ll be fired up by Gary Vee. Give it a listen and don’t forget to subscribe.

I hope that listening to Gary Vee gives you greater appreciation of the sophistication, depth, and long-term nature of his game. He is one of the most interesting “influencers” in the world today.

And he got to buy some of Mark Zuckerberg’s parent’s Facebook stock. That’s a pretty good claim to fame too.

Thanks for Jeff Sieh and Peg Fitzpatrick for helping me, in the words of Gary Vee, crush it.