How to Be a Remarkable Speaker 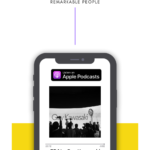 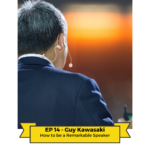 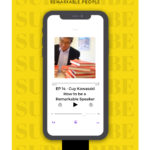 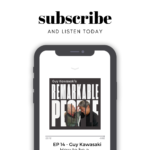 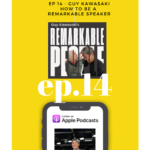 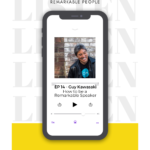 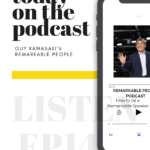 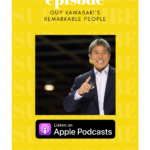 Have you ever wondered how you could be a remarkable speaker?

When I started working at Apple in 1986 I was afraid of public speaking—for one thing, working for the division run by Steve Jobs was intimidating: “How could I possibly measure up to Steve?” But if you want to succeed as an evangelist and CEO, you must learn how to make speeches.

It took me twenty years to get comfortable with public speaking, and this podcast explains what I’ve learned. I am not content that you merely survive speeches. I want you to get standing ovations.

In this episode of Remarkable People, I’m going to give you a mini-keynote called How to be a Remarkable Speaker. It’s your sure-fire, short-cut to setting the world on fire with your ideas.
Click here to download to listen and don’t forget to subscribe!

In this episode of Remarkable People with Guy Kawasaki:

Guy Kawasaki:
Hello, this is Guy Kawasaki, and this is the Remarkable People podcast.
The format of this podcast is usually that I interview a remarkable person, someone like Jane Goodall, Leon Panetta, Woz, Margaret Atwood, Martha Stewart, to drop a few names, but in this case, I'm going to try something different.
There is no other guest in this episode. It's just going to be me talking about how you can gain some remarkable skills. Specifically today, I'm going to talk about: How to Be a Remarkable Speaker. I'm trying this new format. Let me know what you think, and here we go.

I'm Guy Kawasaki, and this is the Remarkable People podcast.
My thanks to Jeff Sieh and Peg Fitzpatrick who make this podcast remarkable.